As more and more people are cutting back on the amount of animal products they purchase and eat, the world of plant-based alternatives is booming. Increasing demand is driving an increase in suppliers, which in turn provides more options for those seeking an alternative source for their diet. Each year, more people are shifting to ditch animal-based foods, and opting for more vegan and vegetarian options in an attempt to lower the demand on the animal-based food industry.

Beyond Meat and Impossible Foods are two of the biggest plant-based food companies, whose products are offered in many US chains such as Panda Express and Burger King. The World Animal Protection (WAP), a non-profit charity, collected data from these chains in the US. Based on how much plant-based food they sell, hours they offer service, and portions sizes, WAP estimated that in 2021, at least 630,000 animals were spared. The WAP does, however, stress that based on the data, the actual figure is likely to be far closer to one million, including 350,000 chickens, 211,000 pigs and 77,000 cows. 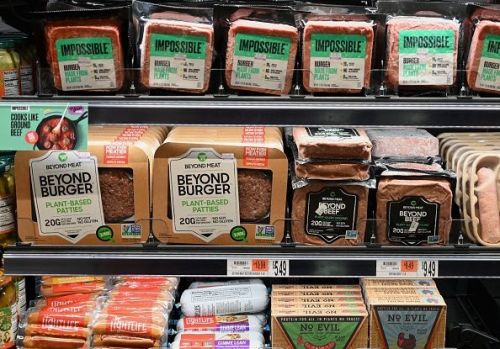 This data only accounts for the two previously mentioned companies, sold at two chain food providers. It does not include other plant-based menu items sold in these chains, both branded and made in-house, and nor does it include Beyond or Impossible products on offer at other food establishments. Additionally, the data does not include products sold at supermarkets and grocery stores.

Furthermore, if you take into account the data from plant-based brand Zero Egg, we see a similar trend with egg products. Purely based on their own restaurant sales, thanks to Zero Egg, more than one million conventional eggs were omitted in the US in 2021. If you take into account the fact that this data is only from the US alone, just imagine how the data can be extrapolated worldwide. Whether for health reasons, ethical, moral or environmental reasons, shifting to a more plant-based diet is definitely having an impact on our planet.