Pasta has been around for thousands of years, and its popularity is only increasing. Pasta has been found in art and poetry from ancient times and has been a staple of the Italian diet for centuries. Pasta has recently become more popular, with new variations and flavors continually developing. In this article, we’ll look at pasta’s history, from its earliest origins to the present. 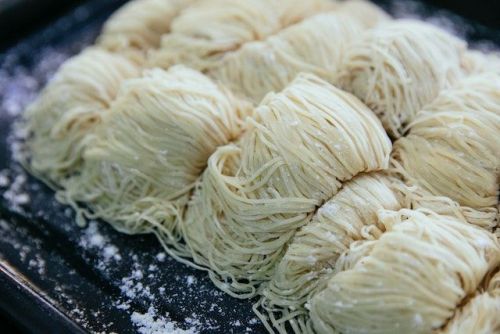 Pasta” s origination is often associated with China, where its preparation entails mixing flour and water and then steaming. From there, it spread to Japan, Korea, and Southeast Asia. It wasn’t until the 12th century that pasta started making its way to Europe. The first recorded mention of it was in a book written by an Italian merchant named Marco Polo. He described a dough made from flour and water, then boiled in a sheep’s stomach. Luckily, pasta has come a long way since then. These days, we have all kinds of different shapes and sizes to choose from, and it’s one of the most popular dishes in the world.

Back then, traders traveled from one country to the next, carrying spices and other goods. And one of the items they would often bring along was pasta. Since pasta is a durable food that doesn’t spoil quickly, it has become a popular item in Europe. It was trendy among the upper classes, who would serve it at their fancy dinner parties. Over time, pasta became more and more popular, and today it is a staple in kitchens all over the world. In the 20th century, pasta started to become popular all over the world. It was seen as a cheap, convenient food that could be cooked in various ways. Now, in the 21st century, pasta is more popular than ever. There are endless variations of the classic recipes, and people are always coming up with new ways to enjoy this delicious dish. Whether cooking for a family dinner or hosting a party, pasta is always a crowd-pleaser.