Printing Through The Ages

Printing is a method used to reproduce texts or images on a mass scale. It’s something we take for granted, and maybe even somewhat forgotten due to everything being electronic and digital in today’s day and age. But printing wasn’t always the same as we recognize it today. In the days before computers and even paper, how was printing done?

The earliest proof of printing dates back to 3500 BC. Back then there was no paper or ink, instead, they used cylinder seals and clay. These cylinders, usually an inch in length and made from hardstones, were engraved with characters and pressed onto wet clay to form an impression. Woodblock printing was the first form of printing applied to paper. It was used in China before 220 AD to print patterns on cloth. The evolution of printing next led to movable type. This form of printing used movable components. This method now allowed for a more flexible approach than block printing or copying by hand. Originally made from ceramic materials in 1040, wooden and metal movable types soon followed. This method was widely used until the invention of the printing press in the mid-15th century. 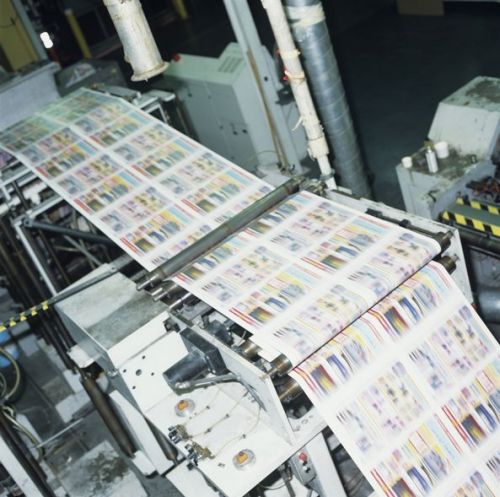 The printing revolution started in Germany in 1440, when Johannes Gutenberg invented the printing press. He had come up with a mechanical device to transfer ink by applying pressure onto an inked surface that was laid upon a blank paper or cloth. This enabled rapid production of printing in a manner that had never been seen before; a single press was able to produce up to 3600 pages a day. A variety of different methods that improved the printing press were used over the years – until the next big jump to the computer printer.

In 1968, the dot matrix printer was invented; a print head would run along the paper and create dots by impacting an ink-soaked ribbon against the paper. The introduction of the dot-matrix introduced a new flexibility to the shape of the graphics. The laser printer made an appearance in 1969 which utilized the concept of the xerographic copier. These are the most commonly used forms of printing today, along with the latest cutting-edge 3D printing technology. 3D printers typically work by printing successive layers to build up an object. This latest form of printing provides new avenues for the advancement of both technology and science.