Proving That Not All Heroes Wear Capes

Zane Powles, a school teacher is officially a hero in Lincolnshire, England.  Powles walks over 8 kilometers on a daily basis in order to provide his students with lunches, from the goodness of his heart, completely free of charge.  He delivers lunches to more than 78 students every single day and puts that food on his back, which for the record weighs 40 pounds. Powell’s used to be a soldier, so he’s used to carrying weight on his back, both literally and figuratively, but what he’s been doing is nothing short of heroic and something that’s not to be taken for granted.

The school teacher takes his lunch deliveries as an opportunity to see how his students are holding up while they’re stuck at home. Another teacher at the school, Kim Leach, also delivers another twenty-five lunches with his car to those families that don’t live within walking distance from the school.  The incredible appreciation that Powles has been receiving from both the parents and students has kept him going, and constantly wanting to give as much as he possibly can. The parents always love getting a visit from Powles, on top of the just the food they’ve been receiving, since he’s another friendly face that they haven’t been able to see right now. 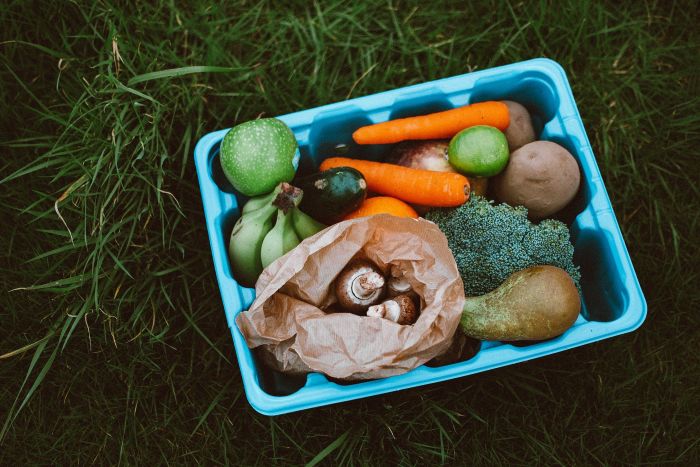 He’s been getting no shortage of attention for his generous actions to all of these families during this difficult time, with people who come out to their balconies to give him a very well deserved round of applause, although Powles claims to feel slightly embarrassed and overwhelmed to be in the spotlight. He does, however, of course, like to be appreciated for what he’s been doing.  Powles is also grateful to help this small town gain a more positive image in the media – showing that it’s filled with good people, especially since a video of Powles doing his good deeds and providing lunches in the community went viral.