Reasons Why Penguins Are Too Cute To Handle

These ‘tuxedo-wearing’ birds have a unique appearance and an amusing walk to observe. They are also some of the cutest species to ‘waddle’ the planet. In certain species of penguin, chubbier males are more desirable. This is because they incubate the egg while the females go off to hunt. The chubbier the male is, the more likely he is to survive the female’s absence.

It’s quite well known that penguins mate for life, coming back to the same partner each season. But did you know that they sing to each other when they find their love, and each song is unique? During mating seasons, the males will search for a perfect pebble to present to their love, sort of like a ‘proposal’ between penguins. And when raising their young, the responsibilities are shared between both parents, each taking turns feeding them and teaching them the ways of the world. 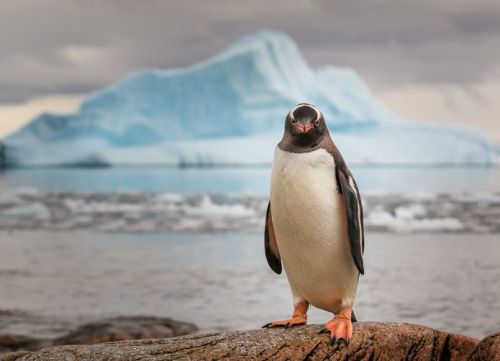 As well as having distinct personalities, penguins share many traits with us, humans, they hug and kiss and will even adopt abandoned chicks and raise them as their own. Penguins know how to enjoy themselves too. While they slide on their bellies (known as tobogganing) as an efficient way to travel, researchers also believe that they do this for fun. They sometimes leap in shallow arcs above the surface of the water while swimming. Scientists have a theory about this technique (porpoising) and theorize that these leaps are the penguins expressing sheer joy. You can also make a penguin laugh hysterically if you tickle them.

Penguins are social butterflies, they are known to gather together in colonies of hundreds of thousands of birds. When a group of penguins is assembled together on land, it’s called a waddle, but when they group together in water, it’s known as a raft of penguins. Since most of their main predators reside in the water, penguins feel much safer on land. This makes them relatively approachable for tourists and research, and they’ve actually proven to be super friendly with people.