Hollywood actor, hunk and heartbreaker, Richard Gere married the love of his love, Alejandra Silva, a Spanish publicist back in 2018. And from that moment on, the rest has been a real-life, modern fairy tale for this magical couple.  When they first met, they were both going through difficult divorces, which raised some complications for their relationship at first, but love conquered all, and they were brought together by fate. The happy couple has shared with the public that their love for each other is absolutely indescribable and that they have an endless appreciation and admiration for one another. 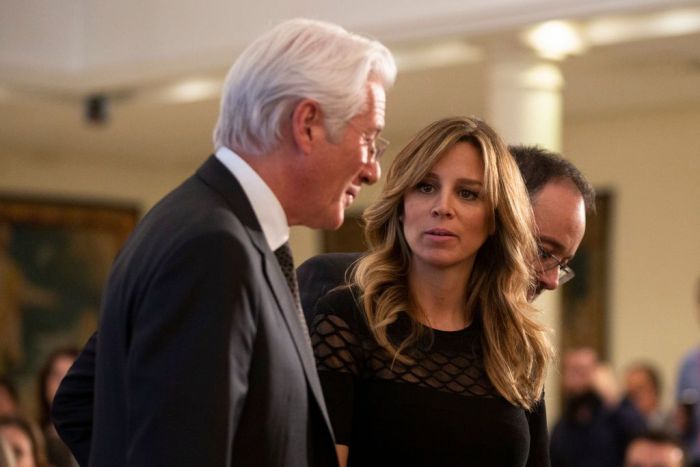 So how did their incredible love story begin? Well, back in 2014, Gere was a guest at a hotel that his future wife’s family actually owned. The two were introduced at the hotel by a friend, and according to Alejandra, they both felt an undeniable connection right away. Ever since these two have been two peas in a pod! And despite the challenges they were faced with at the time, it’s really only helped them come closer.  Alejandra has described her relationship with Richard to be a real fairy tale, sharing that he actually writes her songs on a daily basis and tries his very best to make her the happiest woman on earth every single day – describing him as the most generous, funny, sensitive, affectionate and attentive man.

Despite the twenty-year age gap between the two, they really don’t see this as an issue at all.  Especially since Alejandra says that her husband has even more energy than she does herself! She really feels like she is living a dream, and hopes to never wake up from it. Richard, of course, feels just as strongly about his beautiful wife, also sharing that she’s made him the happiest man in the entire world, through her intelligence, sensitivity and fun side.