A team of astronomers from the University of Tokyo believes to have discovered the farthest and oldest galaxy in the entire universe. Known as GN-z11, this galaxy is located 13.4 billion lightyears from Earth. Led by professor Nobunari Kashikawa from the Department of Astronomy at the Japanese university, these scientists had a very difficult mission: to find the farthest galaxy from Earth and find out when it was formed.

To determine the distance between this galaxy and our planet, Kashikawa and his team measured the redshift of GN-z11 – that is, the way light stretches out and becomes redder as it travels farther. By analyzing the galaxy’s redshift and chemical signature, the team was able to figure out how long was the path of the light coming from GN-z11 until it reached our planet. The University of Tokyo professor said about the study: “From previous studies, the galaxy GN-z11 seems to be the farthest detectable galaxy from us, at 13.4 billion light-years, or 134 nonillion kilometers (that’s 134 followed by 30 zeros).” 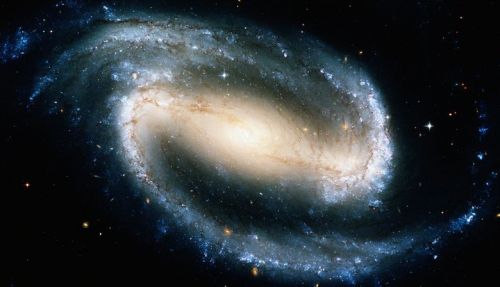 Until this discovery, EGSY8p7 was the name of the galaxy believed to be the oldest in the universe. Part of the constellation of Boötes, EGSY8p7 is located 13.2 billion light-years from Earth. Even though it was announced as the oldest and most distant known object to Earth in July 2015, it quickly lost its title. Today, GN-z11 is claimed to be 150 million years older than the previous record-holder.