Tomasa Macapinlac in her early 30’s was working for one of the largest tech companies in the world, however she was also completely exhausted.  For an entire 15 years of working in corporate America and having two daughters, she became burnt out, similar to many other overworked Americans with stressful jobs.

In Tomasa’s case, the extreme exhaustion caused her to become very ill.  Even after resting for three days in bed on doctors order, she still did not feel well. It was then that she understood a serious change needed to made in her life, and start to take better care of herself.

While on the search for solutions that could help her situation, a co-worker suggested that she try visiting a holistic practitioner.  Once she was there, she was immediately given hands-on healing, similar to acupressure.  She felt better already and decided that this would be the start of her self-care journey.

Ever since, Tomasa has created her own self-care path, which includes eating well and finding methods of reducing stress. She reduced her work hours and started to follow ancient healing practices. She also cut out processed and packaged food from the diet and began to exercise regularly.

She found the secret to health and happiness to be balance in everything that she does, whether it be working, sleeping or working out.  This year she will be 54 and she feels a whole lot younger than she did in her 30’s.

After her own experience, Tomasa has started to help others make self-care a priority in their busy and stressful lives. She left her corporate job and became a holistic practitioner. 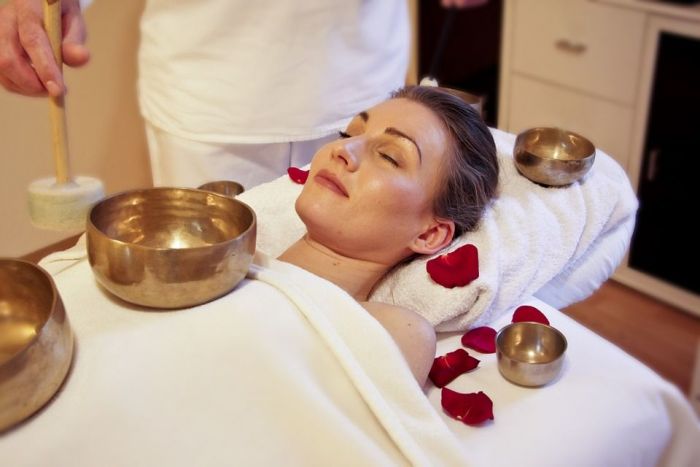