She Saved His Life, 10 Years Later They Got Married

A girl stopped her friend from committing suicide, and now 10 years later they are married.

Kevin Walsh, who wanted to kill himself, explains that when he was merely 13 years old at summer camp, he met a beautiful girl.  He recalls that she came up to him and started to talk to him. They quickly connected and became good friends.

They stayed in touch overtime over online chat even after summer camp, but during their high school years they spoke a lot less.  Walsh admits that not a day went by however that he did not think about her.  Something about her just stuck with him and he couldn’t touch on what.

Walsh entered a deep depression during high school and came to the decision that he would be best off committing suicide.  Only about 5-10 seconds right before he was about to commit a tragic and unrecoverable action, his phone rang. Without knowing who it was, he answered the phone, and it was the girl from his childhood.

She explained that she just felt like speaking to him, even though a year had already passed since they last spoke.  To make a long story short, Walsh told her his situation and she managed to convince him not to commit suicide.  She had him promise to call him the next day.

Ten years later, Walsh proposed to the woman who saved his life and they are now happily married.  The best thing to do if you are ever experiencing such thoughts, it to talk to someone. 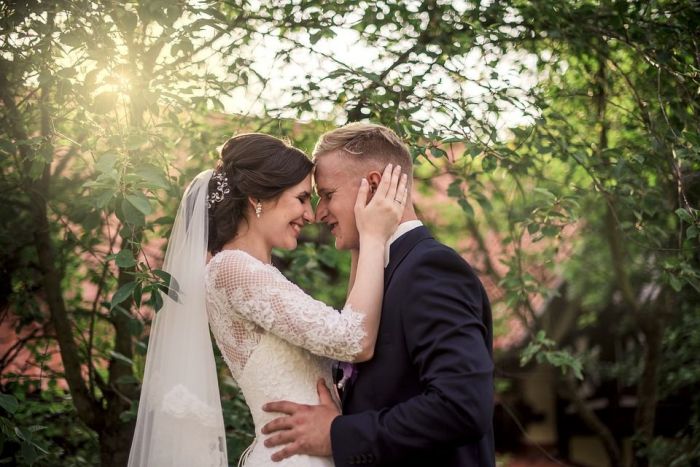