So, Who Invented Chicken Nuggets?

If you are reading this, chances are you love chicken nuggets. For decades, fast food restaurants have served hundreds of thousands of chicken nuggets around the world every single day and people can’t seem to get sick of them. But if you think these delicious snacks were invented by a specific chain known for its clown mascot, you are actually very wrong. Even though there’s no way to deny chicken nuggets gained worldwide popularity thanks to McDonald’s, but they were actually invented in the 1960s by Robert C. Baker, a poultry and food science professor at Cornell University looking for a challenge. 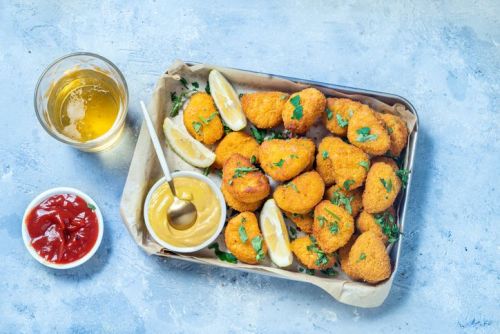 During World War II, the American government had to create a rationing system. While foods like beef, sugar, oil, pork and cheese were included in the list, milk, eggs, and poultry were not. This meant that chicken dishes were very popular in most households for a few years. But after the war, demand for whole chickens was not as high anymore. So Baker, who had already invented frozen French toast and chicken hot dogs, decided to come up with a solution for this issue.

First, he created chicken sticks, which were an instant hit. But he felt like the recipe could still be improved, so instead of patenting his invention, he published the whole process for creating the chicken sticks and sent copies to poultry companies and food scientists across the United States. Eventually, McDonald’s created their very own recipe and introduced their Chicken McNuggets in 1981. There was no way to know it back then, but this was one of the most successful product launches in fast-food history, and even today McNuggets account for about 10 percent of the restaurant’s sales.