Acting performances can be very riveting. But while the acting is sometimes so real that one cannot help but be swept away by the scene, but most of us realize that the actors are only pretending for our entertainment. However, that isn’t always the case. Just recently, a sweet stray dog interrupted a street performance in Turkey to help an actor who was pretending to be in pain. Actor Numan Ertuğrul Uzunsoy was pretty shocked by the events that unfolded that day while he was acting out his part in the local performance. He spoke to The Dodo about the experience, which was both amusing and heartwarming.

“The character I played was injured and in great pain,” Uzunsoy told The Dodo in his interview. “He’d fallen off a horse, and was breathing hard.” As he lay on the ground with his eyes shut, a nearby stray dog saw the troubling scene, and couldn’t help but intervene. The four-legged hero didn’t seem to care that he was interrupting the performance, as he was more concerned with helping this poor man who appeared to be injured. Uzunsoy felt a sudden warmth on his face and assumed it was his co-star approaching him. This turned out to be wrong, and he eventually opened his eyes to find a dog kissing and nuzzling his face. 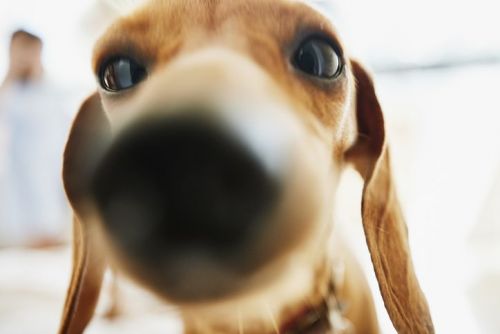 “I was very happy when I felt the dog’s kisses,” Uzunsoy said. “I was very touched. He was like an angel who wanted to help me. It was a very emotional moment for me. I was not expecting it.” The actor claimed that the interruption did not bother anyone, adding, “My castmates loved the dog, and the audience was very happy,..everyone cheered.”

Uzunsoy hopes to repay the dog for his heroic actions by helping it find a permanent home off the streets. “The next day I went to the same place, looking for him. People told me he usually hangs out there. I went again today,” Uzunsoy said. “I’ll look for him until I find him. I’ve always loved animals.”