Swedish Restaurant Lets You Dine In The Middle Of Nowhere

Everyone loves dining out. But sometimes, we’d really like some peace and quiet while we dine. Instead, we often end up dining at trendy, bustling restaurants that offer good food but not a lot of personal space. Luckily for locals and visitors in the city of Stockholm, it seems that they won’t have to deal with this dilemma anymore. Just recently, a new restaurant called Nowhere opened up in the Swedish capital, and as the name suggests, it is quite literally in the middle of nowhere. Situated on the Häringe nature reserve, Nowhere provides diners with a spacious and relaxing culinary experience that they would be hard-pressed to find elsewhere. Basically, Nowhere is the ultimate social distancing experience.

The concept of Nowhere was created by Oddbird, which is a non-alcoholic Swedish winery. Diners will be pleased to find that they have plenty of elbow room – and that’s an understatement. The restaurant currently has a mere six tables which are dispersed throughout the nature reserve. Additionally, since they have so much room to work with, the staff at Nowhere are constantly switching up their layout. This means that each time you dine at the restaurant, you will be treated to a whole new experience; one evening you can dine on a dock by the lake, the next evening you’ll be sitting in a peaceful meadow. The establishment uses recycled furniture which was designed by The Normans, a pair of Danish interior designers. Diners can enjoy delicious dishes that were custom-made by chefs Linn Söderström and Marion Ringborg, alongside a refreshing glass of non-alcoholic wine. 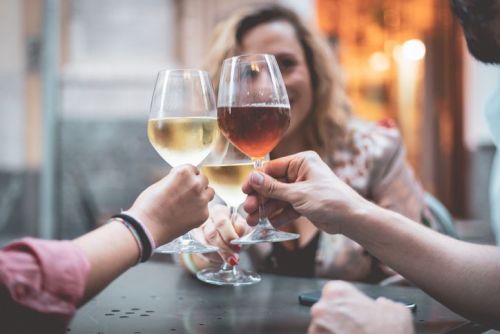 Mehmet Gürbüzer of Oddbird recently spoke about the changing dining experience during a global pandemic. “Over time, we have become experts at fleeing, both mentally and physically, but on account of the corona crisis, we were grounded and forced to a halt.” He continued, adding, “Instead of traveling abroad, we now find ourselves out in the nature and discovering magical places we had not previously regarded as destinations. It is not really the place in itself that we want to get to with Nowhere, rather a state of mind.”