Tasting The Flavors of Brazil

Brazil’s traditional cuisine results from the country’s varied ethnic population and terrain. Rice, beans, and manioc are the staple foods of the Brazilian diet. However, the amount of meat, poultry, and fish added to the elemental diets varies. Therefore, it is not unexpected that feijoada is the national dish. The dish’s name, “large bean stew,” refers to the many types of meat gently simmered with black beans and seasonings. 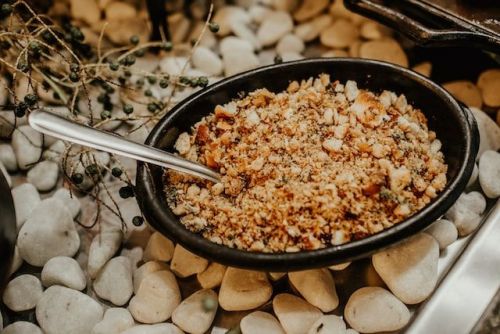 Feijoada, the most well-known meal from Brazil, is consumed all around the nation. To add depth of flavor, tomatoes, cabbage, and carrots are added to the rich, hearty stew’s black beans and various pieces of pork. Traditionally, offal-like trotters and ears are slow-cooked to make it. The national dish of Brazil includes rice, toasted cassava flour, an orange slice, and fried kale with bacon bits.

Farofa, a meal composed of tiny chunks of bacon cooked with cassava flour, is renowned for its peculiar smoky flavor and is delectably salty. It is accompanied by rice and beans, which soak up the fluids and give the typically somewhat mushy meal some additional structure. It can be served as a side dish or a main dish, which is perfect for a barbecue.

The 16th century saw the introduction of the Afro-Brazilian food Vatapa to the nation. It was modified throughout time to include Brazilian components. It is a thick stew from Bahia that is typically served with rice and acarajé, a type of cowpea fritter. It is prepared with shrimp, bread, ground peanuts, coconut milk, palm oil, and a blend of herbs. The dish comes in a variety of forms.
Brazil is a vast, stunning nation with a diverse population of people from all over the world, including Asia, Europe, Latin America, and Africa. Brazilian cuisine is, therefore, not surprising for being so varied, colorful, and flavorful. Surprisingly, Brazilian food is still built on the inventiveness and cooking techniques of the indigenous people. As a result, the nation’s food is bursting with flavor and distinctly Latin American flair. You have to go on this culinary trip.