Twenty one year old Lottie Hall from Manchester was given only three more days to live due to a severe case of anorexia. However, she managed to survive and recover, and she credits it to popular singer Taylor Swift for helping her get through this challenge.

Lottie explains that she’s had an eating disorder ever since was 12 years old, and has never had a healthy relationship with food.  Over the years, anorexia started to take over her life and get out of control.

At age 15, Lottie was hospitalized and spent two years of her life at eating disorder clinics and hospitals.  She explains that she spent years hating herself, and that everyday was a battle. 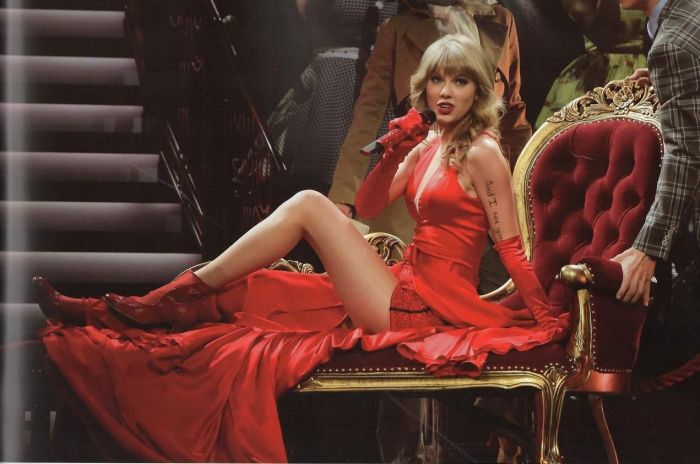 Lottie was very lonely during her time in the hospital and would listen to music on her iPod.  When Taylor Swift’s album Fearless was released Lottie was listen to her music nonstop. Lottie loved how her she is honest and she felt as though her music served as therapy for her.

Lottie felt so connected with Taylor’s lyrics, especially with the song Tied Together With A Smile, which was about a friend with an eating disorder and it made Lottie really feel like Taylor knew what she was going through.

She feels like they grew up together, as though each one of her album marked a point in her life and Lottie really felt like she was there for her when no one else was.

When Taylor’s album Red came out, it reminded Lottie that she could be happy and excited again, and the mere thought of Taylor helped her stay strong. Shortly after that she left the hospital.

Lottie still has her ups and downs, but she is better than she’s ever been, and she hopes to one day meet Taylor herself to thank her for being a friend.