Similar to many others, Illsia Novotny, has been struggling to put food on the table for herself and her family since lockdowns were imposed worldwide. Novotny is a hairstylist at a local barbershop at the University of Denver and was left without work as the salon was forced to close down two months ago.  Many of her regular customers were kind and generous enough to actually send her money transfer to help support through this difficult time, but nonetheless, it was still not enough to get by, especially as a single mother.

Novotny, thirty-two years old, had no choice but to make special arrangements in order to pay her rent and bills for her Colorado home. Thankfully, as restrictions started to ease up, Novotny was able to return to the barbershop and get back to work a few weeks ago, still under strict rules of course, including social distancing.  One busy Saturday after she had returned back to work, she was about to finish up her shift when a man she had never seen before came in for a cut. 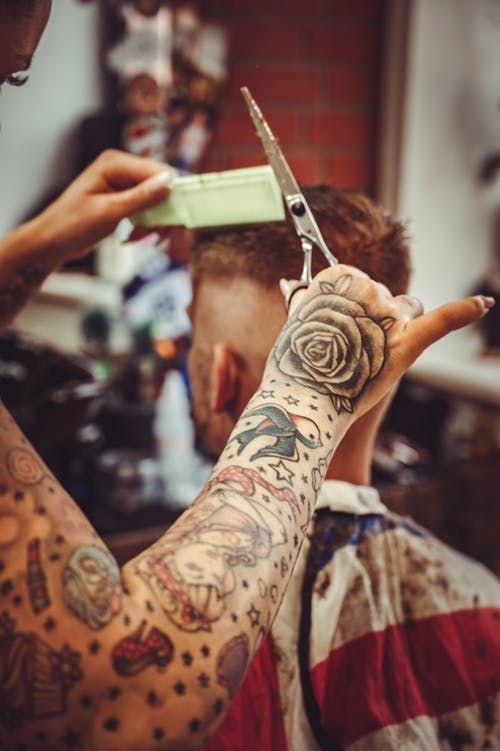 The two chatted with each other throughout the haircut about a whole bunch of things, such as baseball, as well as how difficult it was to get through the past two months.  Illsia finished up cutting his hair and started to clean up. The man paid his bill with the receptionist at the desk, and instead of leaving with a casual, expected thank you, he left a rather confusing comment as he walked out, saying ‘Just so you know, it’s not a mistake’.  The receptionist ran up to Illsia in tear, sharing with her the incredible news that the man had left her a tip of $2,500! And he even gave $500 to the receptionist too, $1,000 to the manager of the barbershop, and an additional $1,800 to be given to the other 18 workers of the business. In total, he left a shocking $5,800 in tips for one haircut, and we can’t possibly imagine how one could be more generous, especially at a time like this. Amazing!