The 6 Year Old Who Changed The World

Many of us have big dreams and high aspirations to make a difference in the world. But how many of us actually make those dreams come true and really take action? It’s a lot easier said than done, and unfortunately, most of us keep those ideas as a plan for the potential future or wait for the right time or circumstances to allow everything to work its course. Ryan Jreljac, however, at just six years old decided to take action rather than wait for a better time, knowing how important water is for life.  Ever since he’s made the choice to make a difference in the world, he’s been doing everything possible to help those in need and provide them with clean water. In 2001, this little boy founded Ryan’s Well Foundation, whose goal is to provide both sanitary solutions and clean water to developing countries.

Ryan’s story is incredibly inspiring and is proof that we’re never too young to make a difference in the world! If there’s a will, there’s a way.  His story began back in 1998, when Ryan, who was just in the 1st grade at the time was touched by a story that one of his teachers had shared, that some people actually have to walk hours just to access clean water. Ryan was moved by the story, realizing that what we have is not to be taken for granted, and told his parents that something needed to be done.  Ryan began by doing work around the house for payment by his parents. He would then donate the money he earned to a variety of organizations that helped developing countries obtain clean water. 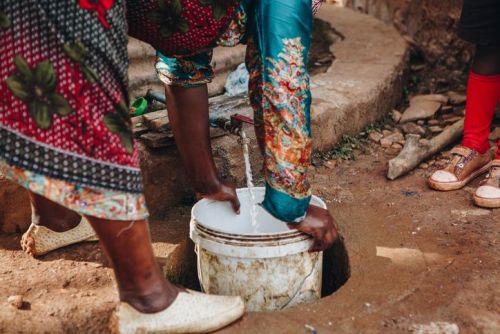 After approaching one organization and understanding that the money he had worked so hard for wasn’t merely enough to even build one water well, he knew that more action needed to be taken. Ryan decided to get everyone involved – friends, family, and organizations, and thanks to their help – he managed to reach his goal the following year, building his very first well in 1999 in Uganda.  While that was already an incredible achievement, he wanted more – and decided to take things a few steps further, establishing his own foundation dedicated to providing clean water to those in need. His foundation has already successfully built over 1,200 water projects in a variety of countries.

Ryan has set an impressive example for the rest of the world through his action, going outside of his comfort zone even when he didn’t have to.  It made him comfortable to know that not everyone is as fortunate as he is, and felt as though he had no choice but to do something about that. Way to go Ryan!