The 9 Year Old Boy Who Created A Safe Sink

After building a public hand-washing sink all by himself in order to prevent the spread of germs, Stephen Wamukota, a nine year old Kenyan boy was given a very special award, rightfully so. Stephen, the young boy, was able to both design and create this hand-washing sink with just a few basic tools, such as a bucket and some wood. That’s already more than most of us can do even with fancy tools in all honesty, and even as full grown adults with years more life experience than a nine year old. 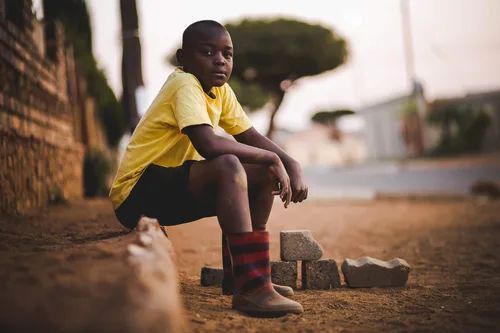 What’s most notable about this sink is that it’s triggered by foot pedals, which means that people can sanitize their hands without having to touch any kind of surface, and in turn, avoids any potential risk of spreading germs – or at least, helps reduce these risks. His father, James, was of course, incredibly proud of his son’s project and even appeared on BBC to share his thoughts, and the fact that while he brought Stephen the wood, the idea and work was all his. James really only helped him tighten the machine.

Where does such a young child get so inspired? Well, thanks to a news report on ways to avoid the spread of the virus, Stephen decided to take matters into his own hands, and exercise his unique sense of ingenuity.  His prototype of the sink went viral on Facebook, which led him to continue and even build another, with no plans to stop anytime soon. He was honored for his work by receiving the Kenyan president award, and after sharing with news reporters that he has high hopes of becoming an engineer when he grows up, the governor of his area even promised to grant him a scholarship to study in the future, when he’s of age.