Dr. Martin Luther King Jr. was a Baptist clergyman and social activist who devoted his life to the American justice system’s nonviolent campaign for equality. King’s leadership was crucial in ending persistent segregation against African Americans and developing the Civil Rights Act of 1964. His dad, a pastor at Atlanta’s Ebenezer Baptist Church, gave him the new name Martin Luther King Jr. in 1934 after visiting Germany and encountering the leader of the Protestant Reformation, Martin Luther. As a result, he changed both his name and the name of his son, who was five years old. 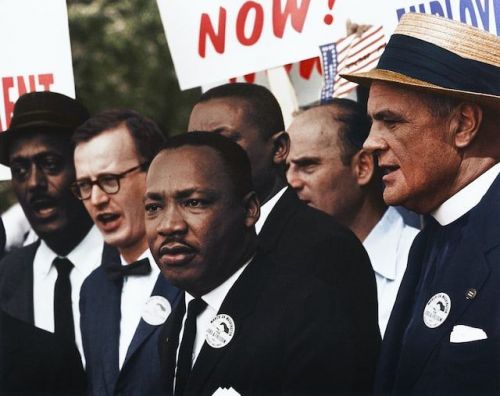 King was one of the civil rights activists who spoke at the Prayer Pilgrimage for Freedom in 1957, six years before delivering his famous speech at the March on Washington. King discussed voting rights in his first national talk, which was made in front of approximately 15,000 people. Strong plaudits for his address, in which he pleaded with America to “give us the ballot,” placed him at the head of the civil rights hierarchy.

The King Center claims that the civil rights activist was incarcerated twenty-nine times. He was detained on fabricated charges and for acts of civil disobedience, such as when he was imprisoned in Alabama for exceeding the posted speed limit of 30 mph. King was autographing copies of his new book, Stride Toward Freedom, in a department store in Harlem when Izola Ware Curry approached him. A seven-inch letter opener was rammed into his chest by the woman. This was the first time that King had been attacked. King released a statement from his hospital bed, where he spent weeks recovering. He reaffirmed his commitment to nonviolence and said he harbored no ill will against his sick mental assailant.

Ten days after arguing against the Vietnam War, King spoke before a crowd of university students and professors at Stanford University and gave another of his most famous lectures. He defined “two Americas,” one of prosperity and the other of poverty, to highlight the growing divide between rich and poor and systematic social and economic inequality in the United States.