While most people would surely not opt to have airplane food while not on an airplane, one airline – AirAsia, for some reason has convinced themselves that there are people out there that consider it to be the best of the best and that they would actually be willing to purchase it from restaurant even while not flying!

The budget airline has shared its plans to open more than one hundred restaurants across the globe in the upcoming five years. These restaurants are planned to serve the very same menu that’s served on AirAsia flights, including chicken rice, noodle chicken ‘inasal’ with garlic and pineapple fish. 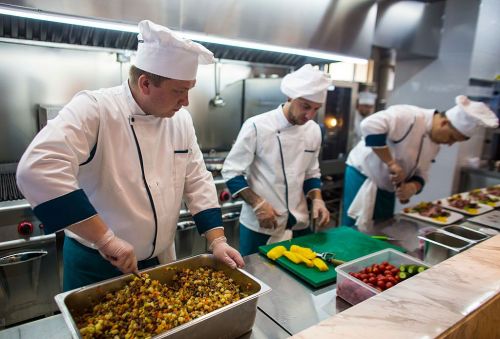 AirAsia has high hopes that they will become a lifestyle brand, and that people will choose their foods over other competitors of the West. Believing that their in-flight menu is desired by all, they are answering the demand they have seen.

Their first restaurant, named Santan Restaurant has already opened at a mall in Malaysia, with most dishes cost only around $3 per dish.  The airline dreams to one day open up a branch in Times Square too.