The Cat That Steals His Neighbors Shoes

Many people have probably heard the recent news story about a local fox in a Berlin suburb who goes around stealing peoples’ Crocs. Well, those who enjoyed that story are probably going to be fascinated by this one as well. Apparently, there is a cat going around and stealing all his neighbors’ shoes. BJ Ross from Altoona, Pennsylvania, the owner of the feline whose name is Jordan, recently created a Facebook group, which addresses her cat’s naughty habit. As reported by the WTAJ news station, Jordan is fond of roaming the streets at night and returning home in the morning with treasures  he finds around the neighborhood. These days, the six-pound black and white kitty is seriously internet-famous, thanks to the facebook group his owner created, and of course, local news reporters. Clearly, everyone is fascinated by Jordan’s late-night adventures, with some local children even leaving their shoes outside, in the hopes that the mischievous feline comes and collects them. In the about me section of Ross’s new facebook group, Jordan The Feline Cat Burglar, the proud cat owner shares a bit about her eclectic cat’s favorite new acitivity. 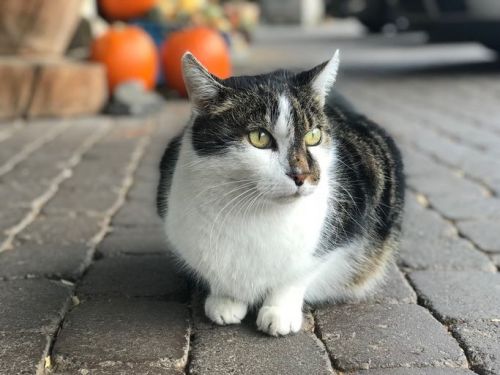 “If y’all know my cat Jordan. Y’all know he loves to bring me home shoes!!!!!” Ross wrote on her cat’s official Facebook group slash fanpage. “Yes you read it. This tiny little cat drags me home one, two, three shoes. Every night!! Last year, he brought me dead mice, live snakes, dead and live birds, garbage including an empty chip bag and a rubber glove. This past January I started noticing shoes would show up in my yard. I thought nothing of it and would throw them away. As this progresses over the months, my mom suggested I keep the shoes to find the owners. Well. 37 shoes later, I have no idea where he gets them. I put a gps tracker in him last night and thought….. he deserves his own group!!!! Thanks for following Jordan. Let’s make him famous!!!!”