The Coolest Views From Above

Aerial photography is the art of capturing pictures using a flying object like an airplane or a drone. Depending on how far away these flying objects are from the subject of the photo, you can get a very cool aerial picture of a single thing or an awesome photo of a large area. These are a few examples of amazing photographs taken using this technique. 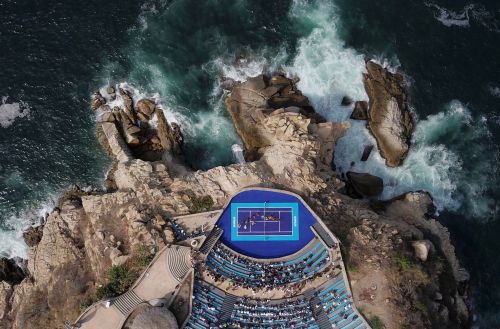 This Mexican amphitheater would probably look amazing even at eye-level, but how incredible does it look from an aerial perspective? This photo was taken during a tennis match, which is why the stage looks like a tennis court. The little dots on the court are a Mariachi band performing for the audience, who is sitting on the bleachers. 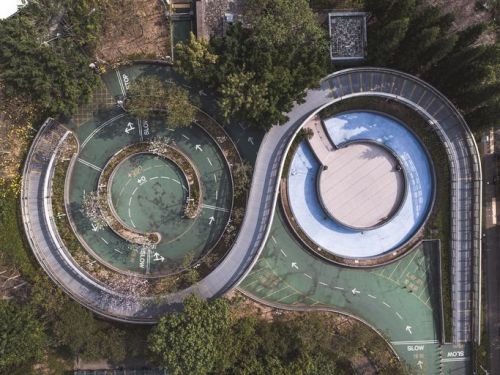 The Kowloon Bay Park in Hong Kong is a very cool bicycle park. With its curved shapes and sloping paths, it is a great place for people to practice riding a bike or even exercise on the weekend. While it does look cool in a normal perspective, it looks even cooler in a bird’s eye view. 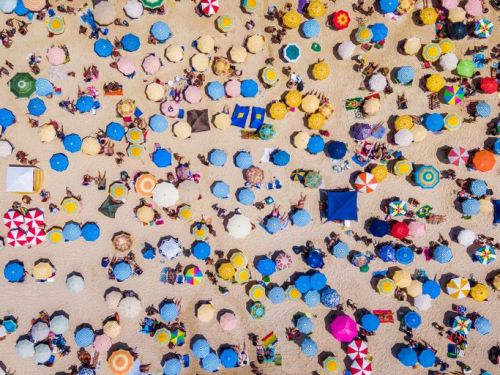 Rio de Janeiro is known for its natural beauty and great beaches, so it makes sense that the waterfront is always full of natives and tourists enjoying the view. This picture shows that even if the crowded beach might look messy when seen in person, looking from above it is a perfect combination of shapes and colors. 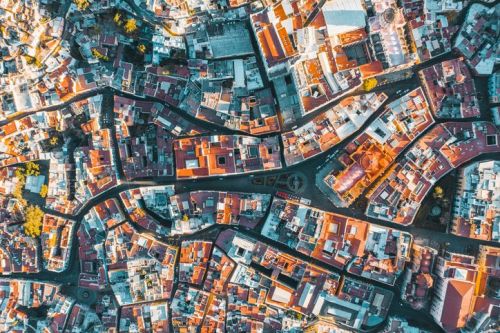 The old city of Guanajuato is known for its colorful houses and some would argue it is the most picturesque town in all of Mexico. The place, in fact, is so beautiful it was named a World Heritage Site by UNESCO. Knowing how gorgeous it looks at eye-level, we can understand why it looks so fascinating from above.