The Dancing Epidemic of 1518

It was July of 1518, when one woman, Frau Troffea, took to the streets of Strasbourg. Now it is part of modern-day France, back then it was part of the Roman Empire. With onlookers laughing and clapping, she was overcome with the uncontrollable urge to dance, by silently twisting and twirling. It became apparent that this wasn’t a simple joyful woman, since she continued this solo act for almost a week, until eventually, a crowd of locals joined in. By the end of the week, they were a group of 40, which expanded to 400 by the end of the month.

The outbreak had begun and for the next three months, hundreds of people had succumbed to this dancing plague. Those who hadn’t been affected decided to create an atmosphere by hiring a band to provide background music. A stage was even constructed for the more professional dancers to perform on. The epidemic finally stopped in September, with many dancers collapsing from sheer exhaustion, yet there is controversy as to whether or not the epidemic actually took any lives. Other incidents like this occurred throughout Europe, including Switzerland, Germany and Holland during the medieval era. There are many historical documents including notes issued by Strasbourg City council, cathedral sermons and physician notes, that clearly talk about the victims dancing, but none of them knew why. 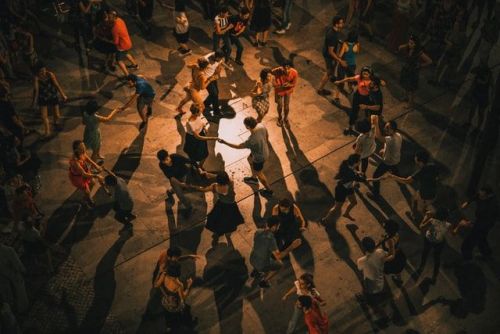 It is still a mystery as to what caused the outbreak but some contemporaneous theories included overheated blood and demonic depression. Some modern theorists say that it was brought on by food poisoning. There are certain toxic and psychoactive molecules that commonly grow on the grain used in bread. Another theory is that the many ruthless years these people suffered, had triggered some kind of stress-induced mass hysteria. Psychologically speaking, the behavioral patterns of hysteria spread quite rapidly and in an epidemic pattern.