For anyone graduating from the class of 2020, whether it be kindergarten, middle school, high school or college, their ceremonies are likely to be canceled due to social distancing rules and the lockdown, which is, of course, a big disappointment for these students that waited so long for this special moment. Walking up on stage to receive your hard-earned diploma and making your friends and family proud is perhaps one of the biggest motivational factors for many to give it their all in school. And to think that all of a sudden it won’t happen is truly a letdown. One specific graduate, Gabrielle Piece from Xavier University in Louisiana was completely heartbroken to find out that she wouldn’t be taking part in an official graduation ceremony. 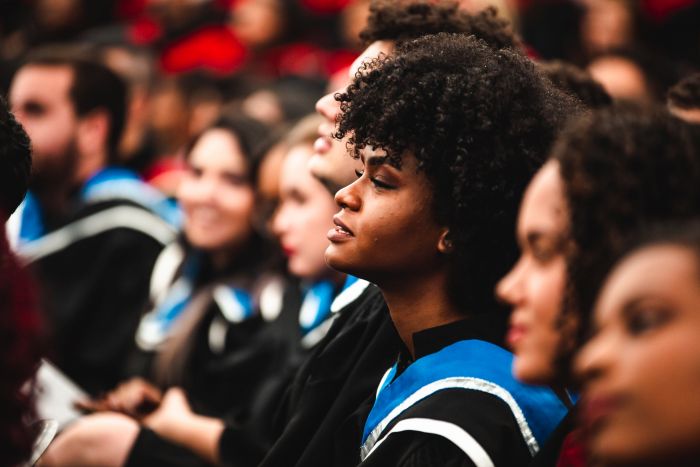 Her father, however, was just as heartbroken as she was, and decided to do everything he possibly could to give her the graduation ceremony that she deserved. So her father, Torrence Burson went ahead with planning a graduation ceremony in the driveway of their home, building a stage himself, and setting up loudspeakers to play the traditional graduation march.  The ceremony was the closest possible thing to the real deal, with even an invocation, a welcome speech, a printed program, and Whitney Houston’s epic version of the National Anthem was even played too.

Even Gabrielle’s neighbors took part by honking the horns of their cars as they drove by, respecting the rules of social distancing. Gabrielle was so grateful for what her father put together for her, and even expressed that in the end, it was even better than the actual graduation ceremony that would have been, because this one was so much more personal. She has plans to join the Air National Guard before returning to school to pursue her studies further and become an Epidemiologist.