The Female Footballer Who Became a Doctor

The story of Nadia Nadim is an incredible one that will impress all. Born in 1988 and raised in Afghanistan until her father was executed by the Taliban in 2000, Nadim fled with her family to Denmark at the young age of 12, where they initially lived in a refugee camp. In Denmark, she began her football career playing for B52 Aalborg and then onto Team Viborg in 2005. In 2006, she moved to IK Skovbakken, before again moving to Fortuna Hjorring in 2012, making her Champions League debut that same year.

Nadim has made her way through many other clubs, including Manchester City where she made her debut in January 2018, beating Reading 5-2. In 2019 she joined Paris Saint-Germain where she played a crucial role, scoring 18 goals in 27 games, ultimately leading them to victory and winning the French league title in the 2020-21 season. Nadim proudly represented her country, Denmark, 73 times since the Algarve Cup in 2009. 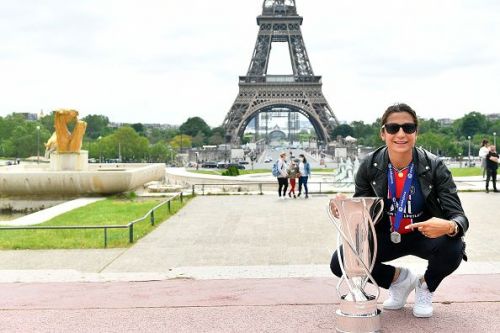 While Nadim is said to be the most influential Afghan female footballer of all time, it’s not just sports skills in which Nadim is very talented, she is also incredibly intelligent. Nadim can speak a staggering total of 9 different languages. In addition to her football career, Nadim also attended medical school at Aarhus University. Her aim was to become a surgeon when her football career was up. She has now qualified as a doctor and is on the path to becoming a surgeon.

She has overcome so much since her youth and has emerged into an incredible international football player, and on the way to becoming a top surgeon too. Humbly, she thanked everyone on her Instagram page for all their love and support along the way. Aiming to simply be the best in everything she does, Nadia Nadim truly is an inspiration and role model.