The Fox That Steals Crocs

Collecting things is something that we humans have done since the beginning of time. As far back as our history goes, we have always loved gathering things in large quantities, whether for practical or recreational purposes. From vintage stamps to scented candles, people today collect all sorts of things, and not all of these collections are of a valuable nature. Sometimes, people collect things for sentimental reasons. For instance, some people like to collect one spoon from each country they visit. Well, it turns out that this phenomenon of collecting things is not unique to humans. Just recently, residents of a Berlin neighborhood discovered that a local fox had been roaming around and acquiring items for a collection of his own – a collection of people’s Crocs.

This bizarre and funny situation happened in Zehlendorf, which is a neighborhood in the suburbs of Berlin. According to the daily news site Tagesspiegel, residents of the city had been reporting incidences of missing footwear for quite a while. Apparently, people’s shoes were disappearing from their yards, and nobody had a clue as to who was taking them. Well, as it turns, out, the mystery has been solved, and the perpetrator is none other than a local fox – who apparently really loves his Crocs. One local resident snapped a picture of the fox’s stash, which included a random and colorful assortment of Crocs shoes. The photo was tweeted out by a local resident, along with the caption, “Fox, you have stolen that shoe. In #Zehlendorf more than 100 shoes have been stolen by a fox,” 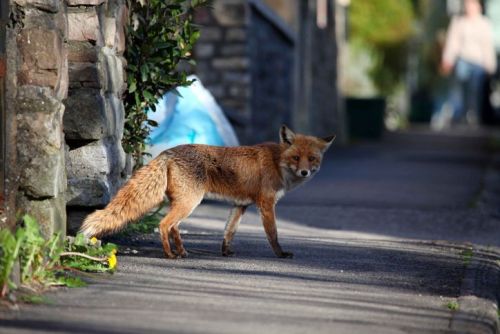 Another resident caught the thief red-handed and captured him on film in the act of stealing. The fox can be seen brazenly heading home with his latest catch – a pair of blue flip flops. Perhaps from now on we should keep our shoes safely stored in our houses because clearly some thieves are just shameless. But maybe the moral of the story is that everyone loves a nice comfy pair of Crocs – even foxes.