Unlike most traditional wars, the Great Emu War was a battle fought between humans and emus; the large flightless birds that are indigenous to Australia. As amusing as this might seem to us now, in 1932 the population of emus became uncontrollable and they began to run amok and cause crop destruction in the Campion district of Western Australia. There was extreme public concern regarding the matter, resulting in Australia declaring war on the animals.

It all started after the First World War. Most of the soldiers who returned back to Australia after the war had led pretty basic lives beforehand. In order to find things for their veterans to do, the government provided them with plots of land to cultivate and raise animals. When the Great Depression hit in 1929, the cost of crops dropped, leading to many financial problems for these veterans. But the biggest problem was still yet to come. The emus had begun migrating to these newly cultivated lands and wreaking havoc there. They came in the masses and decimated the crops, completely destroying the farmers’ livelihood. 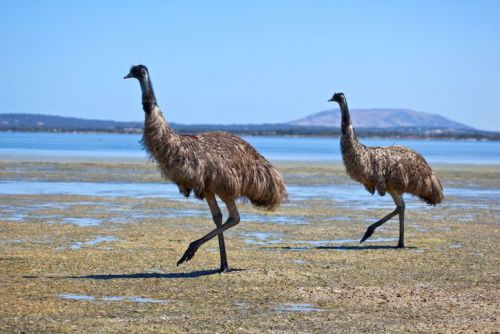 After many unsuccessful attempts in dealing with the issue, the government employed soldiers with Lewis machine guns (this is what led to the media referring to this period as the ‘Emu War’). Just like in battle, the troops moved together in a tight formation. But the emus could not be fooled, and they ran in every direction, scattering themselves and minimizing casualties. The military failed, and received a lot of negative media coverage, resulting in them pulling out and leaving the emus victorious.

Around a week later, the military intervened again, this time killing more emus than the first time, but still resulting in failure. Around 2500 rounds of ammunition were fired, but the number of emu casualties was tiny in comparison. It was reported that the military itself did not suffer any casualties at the hands of the emus. This is considered a rare war, humans were defeated, and were unsuccessful in bringing down the emu population.