The History of Chewing Gum

As unbelievable as it might sound, chewing gum has existed since the Neolithic period. Scientists have discovered traces of the habit of chewing gum in several early civilizations. Obviously, each early precursor to the confectionery was derived from natural growths local to their region – for example, mastic tree bark in Ancient Greece and coca leaves in South America. Just like today, people did not chew gum for nutritional benefits, but out of instinctual desire to masticate. Although, sometimes, these substances were also chewed for their taste or teeth-cleaning capabilities. 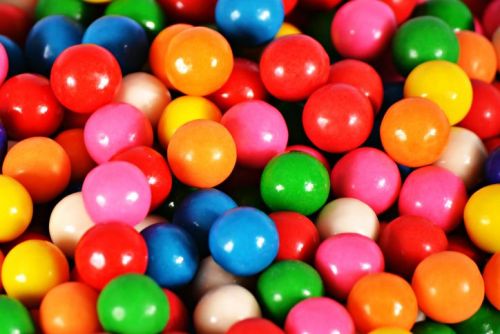 In 2007, a piece of 6,000-year-old “chewing gum” from the Neolithic period made from birch bark tar was found in a Stone Age village in Finland. Archaeologists believe this antique lump of tar was used not only for chewing, but also to fix broken arrowheads and clay dishes. Interestingly, that tar is also believed to have antiseptic properties or other medicinal benefits.

However, chewing gum as we know it today originates from South America. A substance called chicle – a natural tree gum – was used by Mayans and Aztecs as a base for making chewing gum and as glue to stick everyday objects together. Tapped from the tropical evergreen tree Manilkara, chicle was originally imported from Mexico in the 1860s as a rubber substitute. When that didn’t work out, scientist and inventor Thomas Adams used it to create chewing gum. It was in 1870 that Adams created the first flavored gum, black licorice, and called it Black Jack. In 1871, his company patented the first chewing gum-making machine.