The History of Instant Ramen

Voted the best invention of the 20th century by Japanese citizens back in 2000, instant ramen has definitely changed the way we consume food. Even though it is considered such a staple nowadays, this invention is quite new: instant noodles were only created in 1958. Back then, Momofuku Ando first produced Chicken Ramen by dehydrating steamed and seasoned noodles in oil heat. 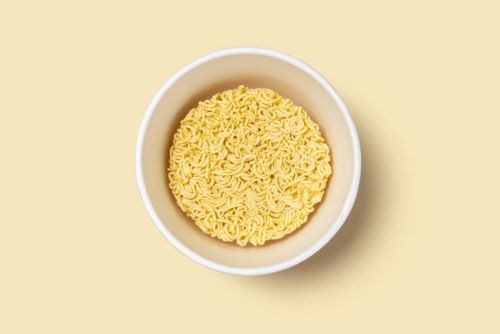 It was only a few years later, when customers demanded better quality and taste, that flavoring powders in a separate packet were developed; however, due to the success of the product, the instant noodle market eventually started becoming saturated. In 1971, the world-famous Cup Noodles brand was launched, finally boosting the market. This time, the product was placed in a styrofoam container together with freeze-dried condiments and once again revolutionized the processed food industry. This ramen cup had it all: it could be used as a pot to boil the ramen and as a bowl to eat it.

Due to their versatility, instant noodles became a staple in developing countries as well. With the rise of income levels in those countries, the annual global demand for instant noodles grew from approximately 15 billion servings in 1990 to 100 billion in 2012. However, when it comes to its home country, the Japanese make sure to show their appreciation for the revolutionary product: the city of Osaka is home to the only museum in the world dedicated to the history of ramen.