A Brief History of The Circus

While the origin of the circus as a public spectacle is widely debated to this day by historians, the history of the modern circus as we know it begins in 1768. That year, English equestrian Philip Astley started performing trick horse-riding exhibitions at Ha’Penny Hatch, an open-air field near the Thames River. Two years later, in 1770, he decided to hire performers to fill in the pauses between his demonstrations. Acrobats, tightrope walkers, jugglers and clowns began performing at these events, creating what we know now as a circus.

Over the following decades, the circus’ formats and aesthetics developed significantly. Initially, grand theatrical battle reenactments became an essential part of circus shows. From the late 19th century until the 1970s, ringmasters were seen in every circus show to introduce choreographed acts set to music. Eventually, large tents known as “big tops” were introduced as venue options. 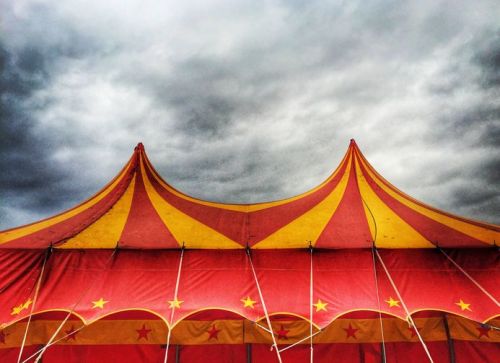 As for the history of the circus itself, many historians argue it goes back to Roman times. In Ancient Rome, the circus was a place for the exhibition of equestrian shows, horse races, staged battles, gladiatorial combat, and displays of trained animals. After the fall of Rome, the buildings used for mass entertainment fell out of use, so itinerant performers and showmen would travel between European towns to perform at local fairs.