The Honey Bee Population Has Been Growing Rapidly

It’s pretty rare that we stop and think about the natural world around us. We’re so busy with our own personal lives that we tend to take our environment for granted. However, the truth is that every flower, bird, and bug has a role to play in this natural world, and without a single one of them, our ecosystem could collapse. One of these important creatures is the honey bee. When honey bees go out to collect pollen and nectar as food for their colonies, they’re actually pollinating the plants at the same time, So let’s just say we definitely need to keep them around.

Over the last few decades, the international honey bee population has been decreasing significantly. There are many factors for this drop, including drought, harmful pesticides, habitat destruction, global warming, air pollution, and many more. This was terrible news for humanity, and for all creatures of the world who depend on this ecosystem. However, there has been some good news since then. According to the most recent Honey Bee Colony report, which is released by the US Department of Agriculture, there has been a 14% national growth in bee populations across the country. Particularly over the past two years, bee populations have seen a rise in many states, with Maine seeing the largest growth at 73%. Other states that have seen a significant rise include Oklahoma, Nebraska, and Michigan. 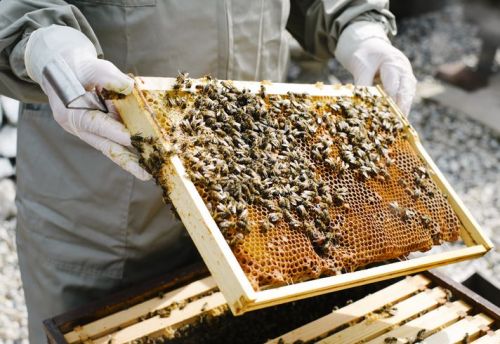 Amazingly, around 80% of the planet’s pollination is performed by honey bees. Therefore, they are incredibly important for our ecosystem to survive and to thrive. According to a statistic by environmental organization Greenpeace, “seventy out of the top 100 human food crops—which supply about 90% of the world’s nutrition—are pollinated by bees.” Sadly, honey bees have severely impacted by environmental changes over the last few decards, and the world has seen a major decrease in hive numbers. however, it looks like that trend is slowly turning around, and hopefully, the honey bee populations continue to thrive.