Mmm French fries are just so good. Whether you prefer them thin, classic, steak cut or zig-zag; waffle fries, curly fries or sweet potato fries; they’re just delicious. These simple strips of potato are deep-fried in oil, giving off a distinctive aroma and leaving a crispy finish, making them just so irresistible. But where did French fries even come from? Who made the first one? And are they even French?

French fries, also known as chips or frites in some parts of the world, may have actually originated in Belgium. Some say that the Belgian villagers along the River Meuse who traditionally ate fried fish would instead fry potatoes in the winter when the river froze. As legend has it, during World War I, American soldiers discovered the fries in Belgium, and called them ‘French’, after the dominant language of Southern Belgium. One alternative story is that they are indeed French, originally sold in the 1780s on Paris’s Pont Neuf. The Spanish also call dibs on the origin of the French fry, claiming that they were the first European country to taste the potatoes brought from South America. 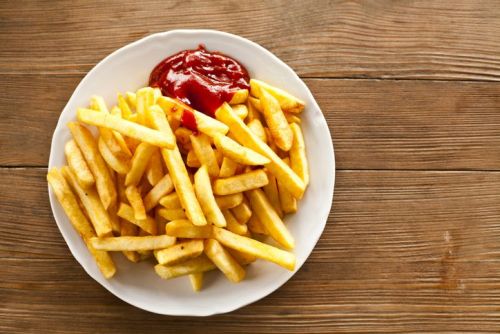 Traditionally served hot, French fries are usually eaten as part of a meal, but, without a doubt, are definitely a snack within their own right. In this manner, they’re usually accompanied by condiments such as ketchup, vinegar, mayonnaise, or other local specialties. Fries are also used as the base of the well-known comfort food; loaded fries. Said to have originated from Quebec, Canada, this dish usually consists of crispy fries, topped with melted cheese and gravy. Of course, recipes have developed over time, and toppings like bacon and ranch are now staples of this dish.

Did you know that Thomas Jefferson is said to have introduced fries to the US in 1802 by serving them at a White House dinner? And  July 13th is National French Fries day in the United States. But it’s not all fun and parties, one of the most common causes of arguments at a restaurant is said to be taking French fries off a significant other’s plate. So if you don’t think you can resist the smell, keep the peace and order yourself a portion as well.