The Life of Leonard Cohen

A Canadian singer, songwriter, and author, Leonard Cohen is recognized for his musical and literary achievements. He began his writing career as a poet and writer before branching into music in his thirties. Cohen started writing poetry when he was a young lad since poetry piqued his interest since his school days. In addition, he picked up the guitar and had a taste for folk music. When he met a flamenco guitarist, his interest in music and the guitar was further piqued. He pursued his creative endeavors concurrently and wrote several poems, some of which were accepted for publication.

The adult in the room was always Leonard Cohen. Of course, he was youthful once, but Montreal’s modestly successful poet and writer were never widely known. When he appeared on the cover of 1967’s Songs of Leonard Cohen with his shirt, tie, and stylish side-parting, he was already 33 years old, considered old by 1960s standards. His voice and words reinforced what the expression on his face had already hinted. If you pay careful attention, you may pick up some life lessons from the man. 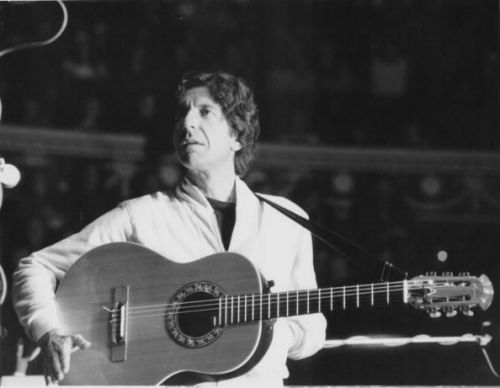 One of his significant hits is the song “Hallelujah.” Around 200 musicians have performed this song in various languages, and figures from reputable organizations indicate that five million copies of the album have been sold as of 2008. The “BBC Radio Documentary” also covered it, and this song has been utilized in several films and television programs.

Cohen never exaggerated his significance. He frequently said that all he was doing was making the most of the little abilities he had been given in the hopes that the listener would benefit from any insights he had gained. He used songwriting to overcome his loneliness and make sense of a confusing environment. He was given a Grammy for best rock performance after his passing. He was admitted to the Rock & Roll Hall of Fame in 2008 and received a Grammy for lifetime achievement in 2010.