The Most Beautiful Hybrid Animals In The World

Animal cross-breeding is something humans have been trying out for a long time. It is a fascinating subject, and some people have speculations on what will happen if you cross humans with other species like wolves and maybe end up with wolverine or spiders and end up as spiderman. Some species are bred naturally to create an entirely new animal. Let us look at some super cool animals made due to cross-breeding, from the striped cat to the predator that loves climbing.

Tigon is a cross-breed of a female lion and a male tiger; this cross might have occurred a long time ago when both tigers and lions lived in the same parts of Asia. These tigons are considered rare because they cannot reproduce, bringing an end to their line. Since Jurassic Park’s release some years ago, few scientists got inspired to use some of the ideas from the movie to regenerate extinct species or create new ones in the labs even though. Naturally, it wouldn’t be so. 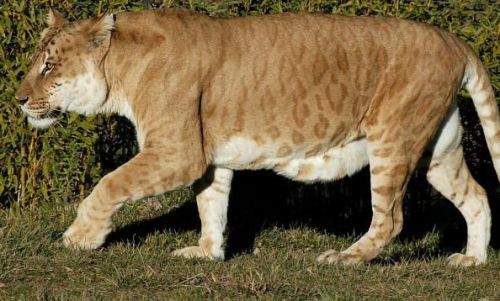 Another cross is the leopon, a big cat cross-breed of a female lion and a male leopard. A rare cross-breed that has existed for some time now, with the cub having a lion heart and leopard body. The jaglion is a cross of a male jaguar and a female lion, and this is one hybrid that can not happen in nature. Its general color is that of a lion and has the rosettes and power muscular build of a jaguar.

The names begin to get weirder at this stage, for example, a wholphin, a cross of a bottlenose dolphin, and a false killer whale, possessing the characteristics of a dolphin and the size and body of the killer whale. Looking at the cama, both the animals crossed are in real life geographically apart, but in a caged environment is formed by crossing an Asian Dromadery Camel and the South American llama. Lastly, the Bengal cat was perfected by pairing domestic and Asian leopard cats. It possesses the fantastic looks and agility of the wild cat mixed with the more chilled-out temperament of the domestic cat. They have high energy and can comfortably leap 10 feet tall. They are said to be intelligent and trainable. They are renowned for their beauty due to their soft marbled coats.