The Puppy With An Unexpected Surprise

Surprises are always fun because they aren’t what we expect. Well, one very lucky man got far more than he expected, to say the least. One fateful day, while Marcy was driving on the highway in Japan, he found the most adorable little puppy sitting by herself on the side of the road.  He, of course, couldn’t just let this baby fend for herself and decided to take her home until he managed to find her rightful owners. But in the meantime, he gave her the beautiful name Luna and started to search for her owners on a variety of social media platforms, which is where he was given the surprise of his life. 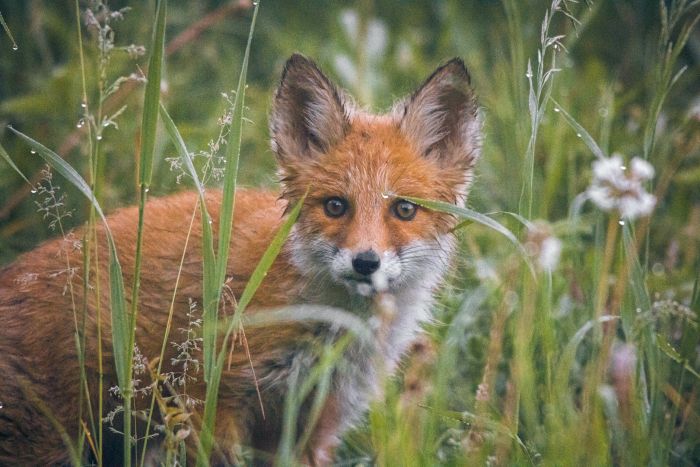 Although he wasn’t able to find the rightful owners of the puppy that he named Luna, he still received countless comments and reactions to his posts, with people noting the fact that Luna actually looks more like a cub, rather than a dog.  Some even made comments saying that Luna reminded them of a tanuki which is a Japanese raccoon dog.  Others suspected that Luna was actually a fox cub, and eventually, Marcy concluded that they were most likely accurate.  Luna wasn’t a puppy, but rather a fox cub, which is why no one came to claim ownership of her. He claimed the suspicions also through a veterinarian.

Unfortunately for Marcy, it’s in fact illegal to have a fox as a pet in Japan since they can be dangerous to humans, but this wasn’t going to stop Marcy from ensuring that Luna stays safe and gets the care that she deserves. Marcy found a farm in a small town known as Kitami, where professionals were able to determine that Luna is just two months old, and is therefore far too young to fend for herself. Thankfully, they agreed to take her in, and Marcy has a new-found love and interest in foxes. Next time you spot a stray dog on the street, you never know what kind of surprises will come your way!