The Rhino Population in Nepal is Rising

For the past few decades, the status of the rhino population in Nepal had been considered to be on the endangered spectrum. The previous census, held in 2015, showed that there were only 645 animals of the species left in the country. Thankfully, in less than a decade, the number of rhinos has increased by more than a hundred, leading the population to a new record: 752 individuals.

“We are very excited by the rhino survey’s findings. After the tigers, now the rhino population has also gone up,” said Haribhadra Acharya, a senior official at the Department of National Parks and Wildlife Conservation. The improvement means these animals are no longer considered an endangered species and are now deemed only vulnerable. Even though a hundred animals may not seem like a large number of animals, this is actually a huge milestone for the conservation of this species in the Asian continent. 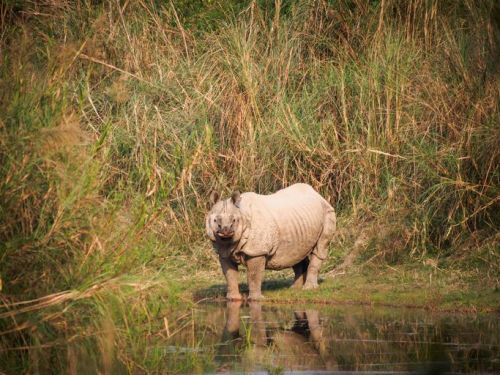 Greater one-horned rhinos are the largest rhino species in the world and they are found in very few countries around the globe. Their natural habitat is the Eastern Himalayas, a region that extends from eastern Nepal to India, Bhutan, Tibet, China, and Myanmar. With the support from authorities in India and Nepal, greater one-horned rhinos rebounded from fewer than 100 individuals in the last century to more than 3,600 in the wild today.