You may have heard of various different companies offering alternatives to red meat, and you may have even tried one of them. The market for plant-based meat alternatives has picked up a lot in recent years. But one company, Plantish, based in Israel, decided to make it their aim to produce plant-based fish alternative products for those who abstain from animal products altogether. Earlier this month, they announced that they’re ready to reveal their first product prototype.

Having made themselves known in early 2021, Plantish has remained secretive about their developments until now. The unveiled Plantish Salmon has the same nutritional value as regular salmon, including omega fats and protein content. This boneless fillet is said to look and taste like real salmon, without any of the toxins that are sometimes identified in real salmon fillets, such as antibiotics, microplastics, mercury and many more. 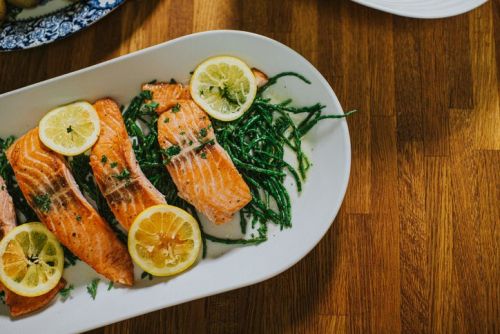 Plantish is not the first company to offer plant-based seafood alternatives, but up until now, all that’s been offered is a mince appearance. What makes Plantish so unique with their invention, is the ability to capture the element of a ‘whole-cut’ salmon fillet. The company aimed to address consumer demand, claiming that 80% of the fish consumed, are either as whole animals or fillets. They strive to eliminate the need to consume marine life, and to save the oceans. They aim to provide more sustainable, nutritious and delicious alternatives, without hurting a single fish.

The prototype fish can be cooked in the same way as regular salmon and is 3D printed and made from algae extracts and legume proteins. The company was able to achieve the fibrous strands to replicate the exact texture by utilising the right plant proteins. This was key for their success and their patent-pending manufacturing technology which they hope will enable large-scale production, providing a suitable substitute for the entire food industry. Consumer interactions are expected to take place later this year at various pop-up events, with a full commercial launch planned for 2024.