Things That Can Be Seen From Space

You may have heard that the Great Wall of China can be seen from space. While according to NASA it isn’t exactly visible, the Great Pyramids of Giza can actually be spotted from space. With the help of a zoom lens or a high-resolution camera, three pyramid shapes can be spotted close to the city of Cairo. Another amazing man-made feat that can be seen from space, is the greenhouse of Almeria. Over 64,000 acres of land are covered in plastic greenhouses, making up the world’s largest concentration of greenhouses. Nearly 1.5 million tons of fruit and vegetables are produced here each year.

Two miles off mainland Dubai, are human-made islands made using sand from the shallow waters of the Persian Gulf as part of one of the world’s most ambitious engineering projects. Palm Island Resort, named for the shape of the islands, can also be seen from space. There are also some nearby islands that bear the shape of the map of the world, and there’s talk of expanding this project to mirror the Solar System. 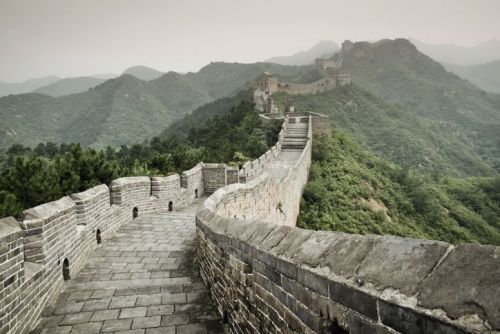 It’s clear that the human impact on the planet is huge. At night time the cities illuminate the globe and astronauts can identify most of the biggest cities. Some of the most visible spots include Tokyo, San Francisco, London and Paris, as well as Belgian highways. There are also some amazing natural wonders that satellites and astronauts can see from the Earth’s orbit, such as the River Thames winding through the city of London, and the Amazon River easily spotted against the dense forest that surrounds it.

The largest living structure on Earth, i.e. the Great Barrier Reef can also be seen from space. Running more than 1,600 miles long, the full scope of this unique geographical wonder can be truly appreciated from satellite images. There are so many more wonders, such as the Grand Canyon and the Ganges River Delta that can also be spotted from space. And finally, the impressive expanse of the Himalayas is truly a sight to see. Running through Nepal, Pakistan, India, Bhutan, Afghanistan and China, it’s no surprise that this baby can be seen from space.