Things You Didn’t Know About Water

71% of the Earth is made up of water, and 60% of our body is water. It’s the main ingredient in practically everything we drink, and is the biggest component in most fruits and even some vegetables. Vital not just to human life, but to the existence of life itself, water is intrinsically part of our day to day life. But just how much do we know about water? We’ve searched through the internet and found some pretty cool facts about water.

For starters, the total amount of water on Earth never changes. The water cycle on our planet is a closed system. This means the water travels and moves around, but it always stays on our planet (unless we put some on board a space shuttle and force it to leave). This means you could be drinking the same water molecules once drunk by Julius Caesar. This becomes even more likely when you learn that only 1% of Earth’s water is drinkable. 97% is saltwater, and the rest of the freshwater is locked away in glaciers and ice caps. 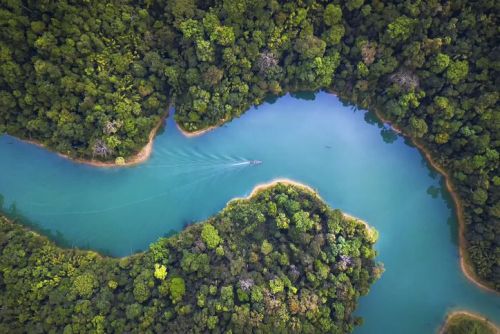 Interestingly enough, hot water freezes quicker than cold water. This is known as the Mpemba effect, named after the Tanzanian student who discovered this phenomenon. There is no conclusive answer as to why this happens, although scientists theorize that it has to do with a combination of evaporation and other effects. The temperature of water plays a lot into the uniqueness of water. We’re all used to seeing ice float, but this doesn’t usually happen with most things, solids are usually denser than the liquids. However, water expands when it freezes, causing it to be less dense and lighter, thus floating.

And finally, water was actually one of the foundations for the metric system. When the French Academy of Sciences created a new universal system, they wanted it to be based on the natural world. 1 meter was one ten-millionth of the distance between the North Pole and the Equator, and the amount of water that could fit into a 0,1-meter square became a liter. The amount that this water weighed then became 1 kg. So now that you have a few facts under your sleeve, who will you impress at your next event?