Thoughts of a Dog

When we leave the house each day, our pets’ days have only just begun. It’s entertaining to humor the thought that they lead lives of their own when we’re not around. Any pet owner will agree that their pets act differently when they’re not around, and the ability to spy on them with hidden cameras has only proved this theory. But have you ever wondered what your pets, or more specifically, what your dogs are thinking?

Thankfully, purely for human amusement, there is a Twitter account called ‘Thoughts of Dog’ that exists to share with us some day-to-day things that dogs may be feeling. Obviously, these aren’t written by real dogs, but they very accurately summarize what dogs would be tweeting if they could. The page covers everything, from thoughts on their humans and the inbuilt hatred for that squirrel that’s been tormenting him, to fantasizing about peanut butter and belly rubs. 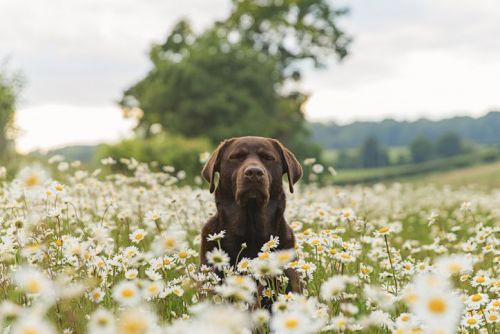 With over 3.6M followers, the account is clearly popular amongst the human folk. Some of our favorites involve the dog’s perspective on leaving hair everywhere. In one tweet he gets upset at the human for using a lint roller to get rid of the ‘gift’ he gave the human, while in another he refers to his hairs as confetti in preparation for a party. A common theme is explaining the random times dogs bark when we have no idea why. Sometimes it’s to say hello, and sometimes it’s to scare off strangers..until they offer him snacks.

Since the account opened in March 2017, it has grown into a brand, now selling merchandise on its website. Humans can purchase ‘Thoughts of Dog’ books and calendars, mugs and cards, and even a cuddle blanket or stuffed ‘fren’ (friend) for their own dog. We highly recommend checking the page out yourself, especially if you need a little pick me up after a long day or week. Go on, you’ll feel a lot better after!