Toddler Treats Himself To $100 Worth Of McDonald’s

We all love to indulge in some delicious take out food every once in a while. This is true all the time, but especially during hard times like we’ve been going through for the past few months! After all, ordering a meal from your favorite restaurant is the perfect way to unwind after a long day of hard work, when we just don’t have the time or energy to cook. Well, it turns out that not only adults enjoy this tasty habit, but kids do as well! Just recently, a toddler from Brazil used his mom’s unattended phone to order himself $100 worth of McDonald’s. And let’s just say people around the world can totally relate to this little boy’s hilarious actions.

Raissa Andrade is the 32-year-old mom from Recife, Brazil who reported this adorable anecdote about her son, Tom. According to Andrade, she had just returned from a doctor’s appointment and had decided to hop in the shower when the incident occurred. While she was away, her little toddler son spotted his mom’s unattended phone and decided to have some fun. Using the voice request feature, the cheeky little boy  proceeded to order an entire feast from his local McDonald’s, which came out to ten bags worth of food and cost roughly $100 (400 Brazilian Real.) Amazingly, he even managed to confirm their home address for delivery. 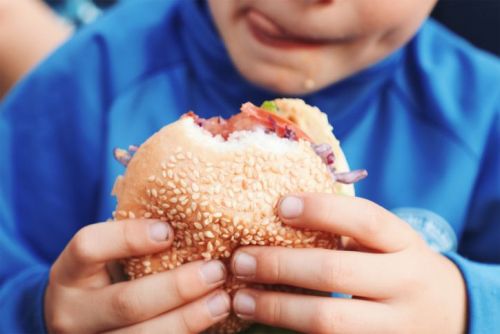 Andrade told local media outlets that her little son must have picked up his hungry habit from her, as she herself has ordered takeout for the two of them on multiple occasions. Among the things that Tom ordered were six Happy Meals, six promotional meals, eight McSundaes, ten milkshakes, eight special offer toys, and eight bottles of water. It’s incredible that such a small boy was able to order so much food! Unsurprisingly, his mom was pretty surprised when 10 bags of McDonald’s food showed up at her doorstep. Luckily, she now has a hilarious and adorable story that the internet has fallen in love with.