Although we’re told that candies are bad for us, the bite-size chocolate-covered toffee treats we know as Tootsie Rolls, have been credited for saving lives of American Marines during the Korean War. Unlike most other chocolates and candies, Tootsie Rolls don’t melt or crystalize during shipping. This made them a military favorite to ship to troops overseas for quick energy boosts. 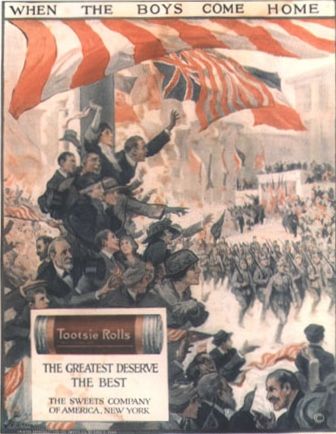 In November 1950, the People’s Volunteer Army of China joined the Korean war. Their approach via the north-eastern border between Korea and China took the US forces by surprise. The marines were fighting alongside South Korean police officers and British troops when Chairman Mao sent 120,000 troops to annihilate the allies’ forces. This ambush caused the Marines to suffer heavy losses, both in battle and from the below-freezing temperatures.
The cold temperatures caused technology and weapons to malfunction and pipes would crack as they froze over. At the same time, the Allies used mortar fire to break through the masses of Chinese soldiers attacking them from the mountains. They quickly found themselves facing a shortage of ammunition, and sent for an emergency supply of mortar ammo in order to keep fighting.

At the time, the code name for this ammo when communicating was ‘Tootsie Rolls’. Due to an unfortunate misunderstanding on the other end of the line, rather than the much needed ammo, actual Tootsie Roll candies were airdropped from a nearby base in Japan. Initially shocked by what they had received, the troops began warming the candies up with their bodies. This new consistency provided the troops with a putty-like substance. They chewed on the Tootsie Rolls and used this ‘putty’ to patch up bullet holes, and repair many pieces of equipment. They also managed to survive by eating these candies. Many of those who survived, believe that the candies played a significant part in their survival.