Unicorns Existed In Real Life Only 39,000 Years Ago

Depicted in movies as horses with spiraling horns projecting from their foreheads, unicorns are supposedly adorable and magical. These legendary creatures are also described in the Bible, in Chinese mythology, and in European folklore. They are even considered the national animal of Scotland.

But it turns out unicorns are not completely mythical after all. Scientists discovered that an animal called Elasmotherium, also known as the Siberian unicorn, did exist in the past and roamed around Eurasia. But this creature did not look like a horse: it was more like a large rhinoceros with a very big horn. It was as big as a mammoth, covered in fur, and was about 6.56 feet tall and 14.76 wide. Its weight is estimated to have been around 4 tons. 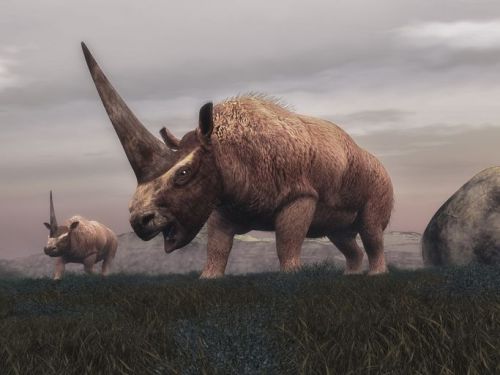 The first evidence that this animal existed was a mandible found in 1807 by a German/Russian paleontologist, which was gifted to Moscow University. It was only in 2016 that a well-preserved Elasmotherium skull was found in the Pavlodar region of Kazakhstan. According to scientists, this new evidence proves that the Siberian unicorn lived until the Pleistocene, around 39,000 years ago. For more context: in this period in history, modern humans were already spreading outside of Africa. This means our antecessors lived at the same point in time as unicorns were roaming around. And while no one knows if the Elasmotherium is the reason behind the unicorn legend, knowing it existed is still an impressive discovery.