Weird Marriage Traditions From Around The World

Almost everyone is familiar with the marital vow, ‘I do,’ whereby both parties pledge their love and commitment to one another till death do them part. This practice is common in most countries, but some cultures worldwide practice other traditions as part of the marriage ritual.

For the Maasai people of Kenya, it is customary for the bride’s father to spit on her head before she departs with her husband. Spitting in Maasai culture depicts good luck and fortune, hence this practice. In South Korea, before the groom leaves with his wife, his groomsmen and family members subject him to ‘the beating of the feet’ ritual. This ritual entails his groom train and family taking his sandals off his feet and beating his feet with a stick or dry fish. Although this ritual can be painful, it passes by quickly and helps evaluate the grooms’ strength and character. 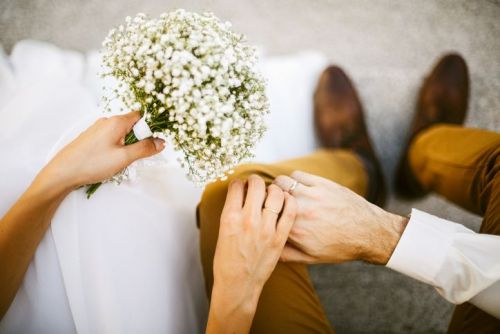 In Norwegian culture, the bride wears a crown with small charms around it. The resulting tinkling sound from her movement helps ward off evil spirits.
In some parts of Germany, they practice Polterabend, where on the eve of the wedding, guests smash pieces of crockery on the floor and let the couple clean up the pieces. This couple cleaning together helps signify their partnership from them onwards, where they’ll get over every challenge in their way.

In the Orkney parts of Scotland, the tradition involves soot, feathers, and flour called ‘blackening’. Here, the groom and bride-to-be friends wash the couple with the soot, feather, and flour mixture and parade them on the streets.
1994 Miss World Winner Aishwarya Rai Bachchan will not forget this Indian practice as she underwent it herself before she married her husband. The Kumbh vivah ritual involves marrying a woman to a banana tree or an idol of the god Vishnu to break the curse of Mangal Dosha. The Mangal Dosha curse brings bad luck to women, especially in women.