Why Do Some People Look Alike?

Have you ever been told that you look just like your brother/sister/mother/father etc? Family resemblances are very common. From the minute someone is born, people are already judging who they look like. “Oo he has your eyes” “she’s got her grandfather’s chin” “she looks just like her mother”. Almost by reflex, we begin to assign different features to various relatives that preceded the baby. All of this is down to our genes. Our appearance and even some of our characteristics are inherited from our parents.

Everyone has two copies of their genes (one from their father and one from their mother), and parents pass on one of the two copies to their children. Since the copies that the child inherits are completely at random, this results in different combinations of genes, which is why we inherit different features from our parents. When siblings look alike, this usually means they’ve received similar combinations, and siblings that look nothing alike have usually received a completely different package of genes. 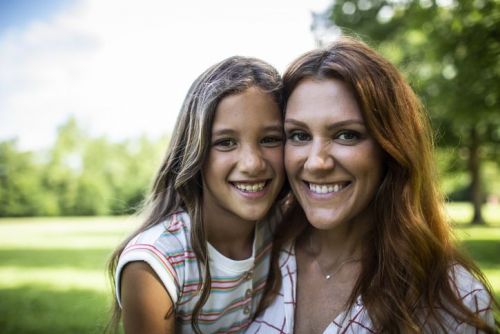 So what are the odds of looking similar to a family member? Well, since we all receive 2 copies of genes, the more dominant of the two will be expressed. For example, a father passes on a brown eye gene, and the mother passes on the blue eye gene; the child will have brown eyes. But there’s not just one gene, each parent has tens of thousands of genes that they pass on, each with different versions and variations. So in theory, the odds of having the same version of genes as our siblings are extremely low.

What about people we’re not related to? Have you ever done a double-take because you’ve just seen someone who looks so similar to someone you know? Or maybe someone has told you that you look like someone they know. Here the odds are even smaller. Unlike siblings, two complete strangers have received their genes from different parents, and their parents also from different parents, and so on. The odds of having an exact dopplegänger is said to be one in 1 trillion. With these odds, it’s a wonder we look similar to anyone at all.